UGA researcher looks at lethal use of force and needed changes 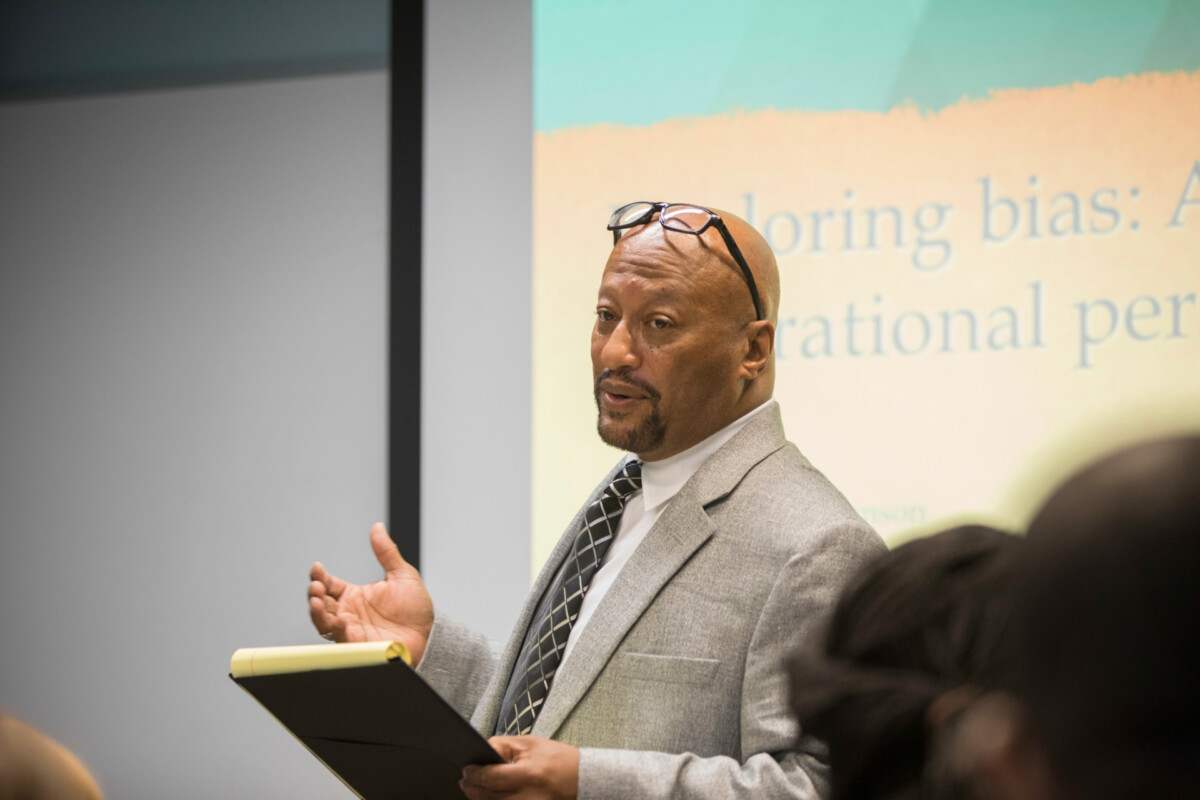 Athens, Ga. – Even after the Ferguson riots, it didn’t occur to Michael Robinson to research the frequency of police killings of unarmed Blacks. The African American academic was not studying law enforcement practices, but a brief encounter with a total stranger changed the direction of his research.

“A student who I’d never seen before, a young African American male, came up to me and said, ‘What are you doing about these police killings of Black men?’

“He said, ‘That’s what I thought.’ And then he walked away.”

Robinson never saw the man again, but the conversation bothered him so much that after he joined the faculty of the School of Social Work at the University of Georgia in 2015 he began a new line of inquiry.

Robinson wondered how the incidence of police killings of civilians compared across races. He started looking for statistics, but could not find a reliable database anywhere on the subject. Of 18,000 police agencies in the U.S. only 2%-3% reported to any type of database, and did so voluntarily.

“The only way to find out about it was through the newspapers,” he said.

Two newspapers – the Washington Post and the United Kingdom’s Guardian – were tracking police-involved deaths in the U.S., but their data differed for the same periods. It took Robinson and two student assistants months of comparing the data and combing through other news sources to get a reasonably reliable accounting for a single year – 2015.

The data showed that unarmed African American men were being killed by police at almost five times the rate of unarmed white men, despite being roughly 7% of the U.S. population.

“Then I started noticing a pattern,” said Robinson. The largest number of killings of unarmed Blacks by police were in former slave-holding states. The deaths were highest in Maryland and Virginia, states that originated restrictive laws known as Black Codes. The laws were directed at newly freed Blacks after the Civil War and enforced by white police.

In the North, police historically focused on the impoverished communities of immigrants, but they also targeted Blacks. For more than a century in both regions, law agencies chose physical force first to maintain control over poor areas. Today’s law enforcement practices still reflect this mindset to various degrees, said Robinson.

The Council on Social Work Education’s Conference on Racial Ethnic and Cultural Diversity recognized Robinson’s 2017 paper, “Black Bodies on the Ground: Policing Disparities in the African American Community,” with its Most Impactful Article award. With Sharon E. Moore and A. Christson Adedoyin he co-edited the 2018 book “Police and the Unarmed Black Male Crisis: Advancing Effective Prevention Strategies” (Routledge).

In your 2017 study, you recommended that police departments report any police-involved deaths to a national database. Why?

A national database can shed light on racial bias in police use of lethal force and indicate where external reviews of police procedures may be needed. It shouldn’t take months to get accurate numbers.

Is such reporting mandatory now?

I am not aware of any national legislation to make mandatory reporting of deaths of citizens by police. This January the FBI launched the National Use-of-Force Data Collection program, which invites participation from all law enforcement agencies, but participation is voluntary.

Should police departments be abolished?

I don’t believe they should be abolished, but I do believe that instead of spending a lot of money on militarizing police departments, funding should go into social programming in the neighborhoods. Funding should be put into after-school programs for kids. There should be incentives to have companies build businesses in poor areas and hire residents. You need more community policing that puts police of color in neighborhoods of color, walking or biking a beat as opposed to driving, because then you’re forced to have conversations. If you get to know the community you’re policing, then maybe you’re less likely to mistreat someone.

Implicit bias is prejudice you may not be aware of. You may give more weight to what someone in a business suit says, or less weight to something that an adolescent tells you. Those are implicit biases. We all have them. In policing, they can affect impartial treatment under the law, and even adversely escalate situations. Some police agencies provide evidence-based training on strategies to recognize and reduce implicit bias. The training isn’t standard practice but it should be.

How does knowing about 19th century policing practices help today?

Current policing tactics reflect policing of the past. As with implicit bias, if we’re aware of that past we can better address problems related to it.

What other recommendations would you make?

There should be a national “use of force” policy that has been heavily researched, instead of jurisdictions coming up with their own policies.

De-escalation training should be mandatory. Many situations can be de-escalated if police are properly trained. De-escalation basically gives the officers strategies to calm situations, especially folks who are experiencing mental health issues and also individuals who are armed and unarmed. Above all, unarmed citizens should not be given a death sentence on the street because they are experiencing a mental health crisis or resisting arrest.

These are just a few recommendations.