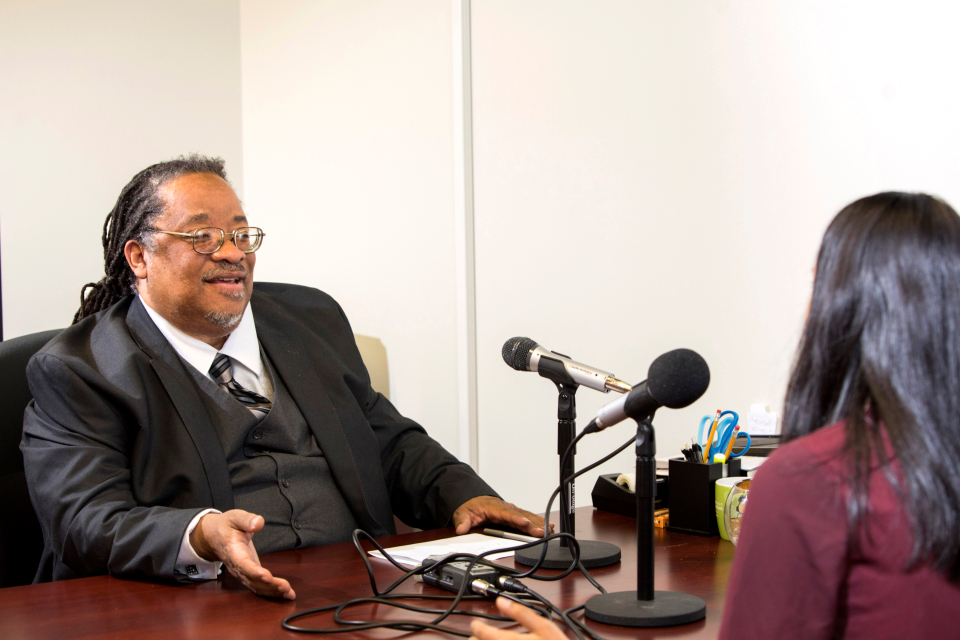 At age 14, Llewellyn Cornelius was unwittingly exposed to his future career.

Raised in a slum tenement in East Harlem, he earned money one summer assisting his father in the mailroom of the National Federation of Settlements and Neighborhood Centers. The nonprofit addressed social problems, poverty, health care and housing.

“I did not know at the time that I was working for a renowned national social work organization,” Cornelius said.

A couple years later, a high school teacher sparked Cornelius’ interest in human behavior. The first member of his family to attend college, he majored in psychology and sociology at Syracuse University, then earned a master’s in organizational psychology and both a master’s and a doctorate in social service administration at the University of Chicago.

As a researcher, Cornelius analyzed large data sets to reveal health care inequities, starting with the first large survey to measure the differences in health insurance coverage between African Americans, Latinos and whites. The study called attention to disparities, and other researchers soon pursued similar topics.

After a stint with the federal government, in 1992 Cornelius joined the social work faculty at the University of Maryland at Baltimore. During his tenure, he wrote an influential book, Designing and Conducting Health Surveys: A Comprehensive Guide. It has been cited more than 1,700 times since it was published in 2006.

“I could’ve stayed there, retired in my corner office,” Cornelius said. “But I promised myself that if I took another position, I would do more.”

Cornelius now produces a podcast series for the center, supports the annual Donald L. Hollowell Lecture and student-led Social Justice Symposium, and presents public discussions on social justice-related topics. He also advises the nonprofit organizations Chess & Community and the Athens Anti-Discrimination Movement and is involved with the St. Simon’s Island African American Heritage Coalition, which seeks to preserve Gullah culture. In February 2020, he will co-host the 10th annual Art and Education for Social Justice Symposium, in collaboration with UGA’s Lamar Dodd School of Art.

His current research explores culturally sensitive ways to improve access to health care for persons who are HIV-positive. He still teaches, with a focus on inclusion. To better expose students to issues they will face at work, he has taken his classes to a police station, a mosque and city hall, among others.

In recognition of his activities, this fall the Council on Social Work Education invited Cornelius to deliver the Carl A. Scott Memorial Lecture, whose namesake fostered social and economic justice in social work education. Cornelius’ talk is titled “Social Work Education and Our Role as Social Justice Liberators.” For Cornelius, transformation is key. He’s certain it occurs, just as it occurred for him sometime after his first exposure to empowering communities at age 14.

“I have no idea what will sink in, today or 10 years from now,” he said of the more than 2,500 students he’s taught over the years, “but if I retired tomorrow, that would be fine. What I’ve shared with them will influence their lives as professionals.”

This article was first published online at UGA Today.