Student group to host series of discussions on suicide prevention 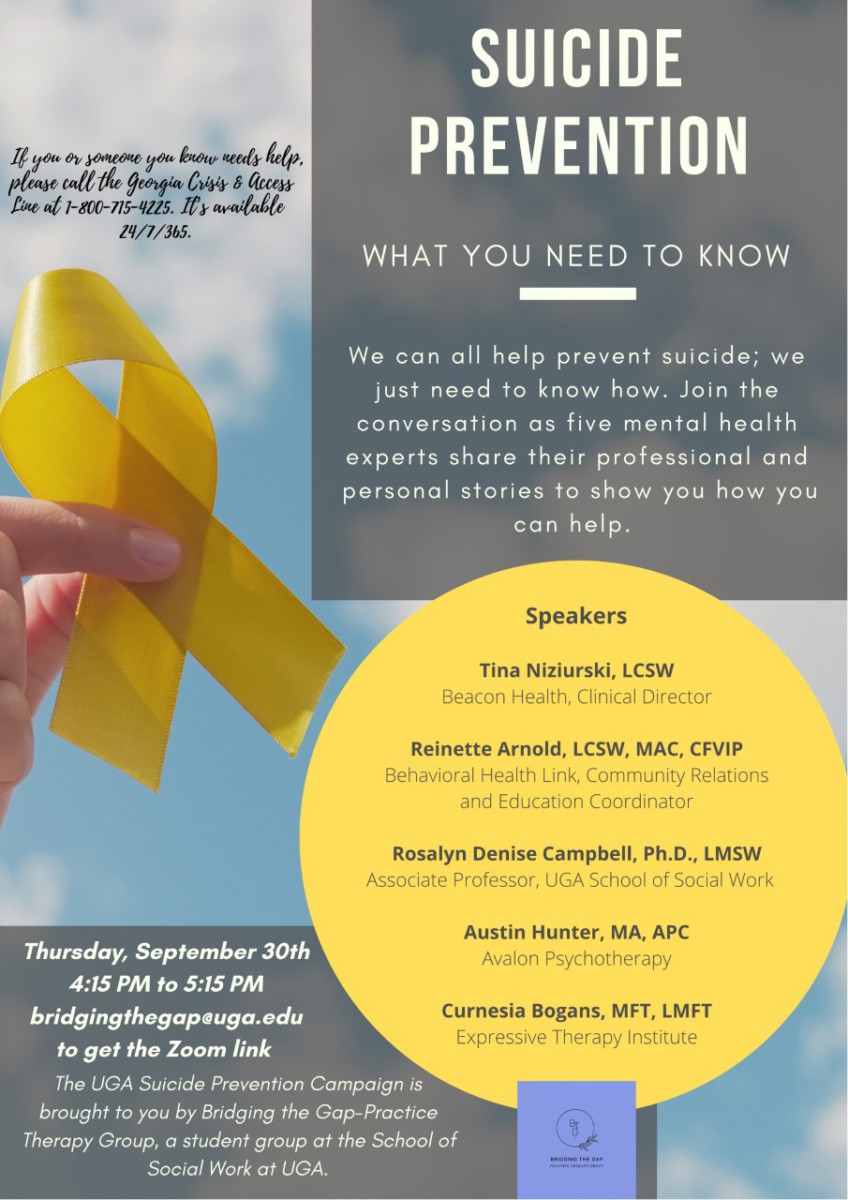 As part of its effort to raise awareness around suicide prevention efforts for National Suicide Prevention Month, the School of Social Work’s Bridging the Gap student organization is hosting a panel discussion on September 30th.

Bridging the Gap began as an informal gathering of students that sought to create an environment where they could practice the various therapy techniques they had learned in the classroom. By last fall, MSW students Heather Leigh Owens-Nies and David Terraso took steps to set up a more formalized group for students to learn and practice.

In January 2021, Bridging the Gap officially launched as a way to connect experts in the field with students for an opportunity to learn, share and ultimately hone the skills and techniques needed to succeed.

“We have modules in our classrooms that address suicide prevention and treatment, but we don’t have a class devoted to that specialty,” Terraso said. “We figured we would do well to have experts come speak to us about preventing suicide or dealing with a client who is contemplating suicide or even how to deal with a person and their family after someone has attempted or died by suicide.”

Though the panel coincides with National Suicide Prevention Month, it’s the first in a series of planned conversations Bridging the Gap will host that address suicidality. Terraso noted a panel focusing on suicidality in the Black community is slated for the middle of October, while one that explores suicide in the LGBTQ+ community is scheduled for November. A panel discussion focusing on rural communities is currently in the works as well.